A bit late maybe, but here are some pictures of Baby Bella on Hallowe'en. She was not scared of the fireworks outside, which is great. OK. But she has that unreasonable fear of motorbikes, which drive her nuts and out of control instead. Anyway, nothing is perfect!

She did not want to wear her Witch's hat. She just wanted to chew it. So, she went outside with her little Spooky Scrunchy and everybody loved it. We also had some kids coming to the house with their freaky costumes, but she was scared of them, ha ha!

Don't forget to click on the pics to maximise it! 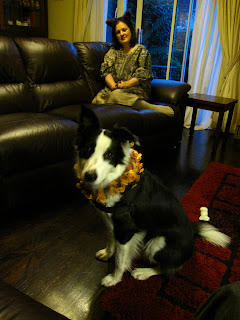 These are my cat ears. It's a fluffy headband, which she actually managed to take off me twice! She went nuts when she saw me with them. In truth, whenever someone is wearing a hat or anything on their heads, she finds a way to take it off and just wants to chew it. 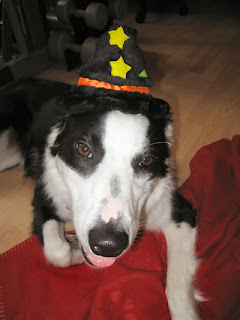 And this is the witch hat that she refused to wear! She is pretty much like me! I also don't like having stuff in my head... 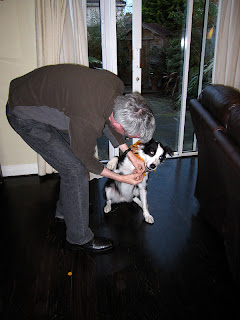 Papi is putting the scrunchy on Bella. You can see how sulky she looks! Like she is saying: "no, I don't want it!". I love the way she looks at the camera here! 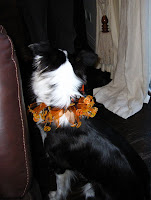 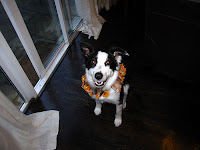 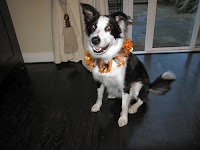 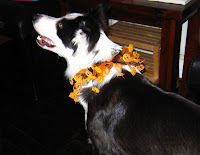 And finally here she is, walking with Mark outside, always very proud of herself! 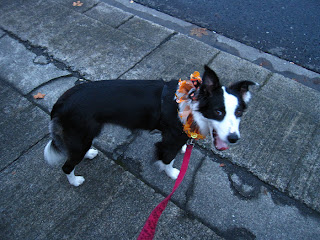 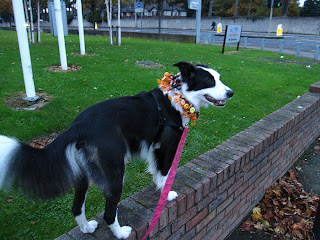